This is Part 1 in a series of 3 articles in which I will cover the use of simulation methods as a way to support decision making in management. In this article, we focus on the relevance of using simulation as a support system in management and the conceptual framework needed for doing so.

Being a data scientist consultant has given me the opportunity to get to know and work closely with decision-makers across different industry sectors. Through this experience I have found that managers can struggle with two recurrent issues (among many) 1) to find relevant arguments to support their business decisions and 2) to incorporate other people’s views and decisions into their own plans. An appropriate illustration of this the fairly known metaphor of a group of blind people touching an elephant.

Image taken from MoteOo from pixabay.com

Much like in this image, each manager’s view can be at odds with at least one view from another decision maker in the same organization. Often, most of the disagreements are due to a cognitive dissonance among people more than power-driven disagreements (even though, I have seen a few of these ones as well 😊). Even when this dissonance is resolved, further difficulties can appear when trying to integrate one’s view with the views of others. From this, the question arises: “How could they define a common framework to help them make better decisions and agree about their validity?”

Decision support system can provide such a framework to help managers on their journey. They are a set of tools that help testing managerial decisions and come in many forms that range from reports, scenario planning tools to simulation models. Coming from a background of engineering and applied mathematics my brain is trained to test a hypothesis using simulations in order to model what a process will bring through time. This also applies to organizational processes which can be simulated to get a better accuracy in this decision support system. Here is why it will help. So, please bear with me and let’s begin!

What do I mean by “simulation” and what is it used for?

Simulation is an imitation of the evolution of a process through time. This imitation aims to produce insights that will allow to improve the quality of the decisions that concern a real system. This method is extensively used in both natural sciences and engineering. In Engineering, simulation can be used to test components designed under a given set of conditions. For example, it can determine whether a new material has the needed G-force resistance to be used when making the wings of aircraft or if a certain machinery piece has the capacity to withstand a given mechanical and thermal work. For this, you will need to combine knowledge of material resistance and heat transfer to cite few. In that matter, the material is composed of elements that answer the laws of physics. By solving differential equations, we can simulate the state of each components through time.

Länk till annan webbplats.. Imagine we need to heat up some water using a certain electrical device. This process can be explained through the concept of entropy[2]

Länk till annan webbplats.. In this sense, we can have a system composed of two differential equations, one for entropy and one for temperature:

These equations can be depicted graphically in a diagram such as the following one. This graph shows the relation between the elements and equation and how they will influence each other through time. We will develop the concept of differential equation in part 2 of the paper. For now, it is just for you to get an idea on what the system needs to be simulated.

It is important to note that this conceptualization is possible due to the fact that we have now a law or a principle (entropy) through which the interactions of the system’s elements can be described. This concept seems quite appealing from the managers’ situation mentioned above. Instead of simulating the performance of mechanical pieces in physical environments, what if we could simulate the performance of organizational strategies that are governed by socio-economic principles? This sounds great! However, we all know that people are not neutrons and the economy does not exactly follow Newton’s laws. While it is not expected of social sciences to operate with laws much like natural sciences do, social sciences certainly work with principles that serve as building blocks for social theories. Examples of these principles are backward induction in Economics, habit construction in Psychology and social structure in Sociology. Thus, leading to the possibilities of using simulation on Management.

Simulations techniques have already been implemented in various managerial contexts. Cases ranging from the famous Shell-scenario based planning practices[3]

Länk till annan webbplats., all the way to modern management simulators like the world-level planner C-ROADS [4]

Länk till annan webbplats.developed at MIT have all contributed to the achievement of a desired goal.

Indeed, it is possible to create abstract representations, AKA models of managerial processes that serve as decision support systems. Among many actionable models available, one that has proven to be quite effective in managerial contexts is the “Group Model Building” (GMB). GMB is deeply grounded in System Thinking. System thinking emphasizes the understating of a given set of phenomena via the underlying interactions of elements of a system that are at play. It is mapping out a given system by explicitly declaring its most relevant elements as well as the interactions taking place among those elements. So how does GMB works and why is it relevant to what we have been discussing so far?

GBM starts with a key concept called “stakeholder engagement”. The management team is involved in the process from the get-go in order to abstract a certain set of elements. Typically, this involvement is materialized in regular meetings and workshops in which managers describe the various managerial processes. From this phase, comes up a commonly agreed upon map of set of elements of the processes.

This map is often depicted as a series of causes and effects intertwined together to represent the complexity managers deal with on a daily basis. Then the GMB team can use this map to build a simulation model. Let’s consider an example from Zawadzki (2009)[5]

Länk till annan webbplats. in which such a map is created to better manage an IT project. The arrows depicted in the map represent causal relationships between variables. The signs next to the arrows (+. -) represent the polarity of the relationship which can be either positive or negative.

A positive relationship between two variables A and B, mean that if A increases so does B. Conversely, a negative relationship means that if A increases, B decreases. The circled arrows represent feedback loops that arise by mapping out all the causal relationships. Feedback loops are categorized as either reinforcement loops (R) or balancing loops (B). Reinforcement loops exacerbate a present behaviour (e.g. a vicious cycle). Balancing loops bring a present behaviour to an equilibrium.

This model can make use of one or multiple simulation paradigms that are commonly used in natural sciences and engineering, such as discrete-event simulation, continuous simulation, agent-based simulation etc. The most common simulation technique is based on continuous simulations given the high aggregation level these models commonly operate with, which is appropriate for high-level managerial processes. As shown in Figure 1, models are simulated by solving differential equations through integration with respect to time.

Managers can then have a virtual world to play with, use the model to help them identify problems and map the causes for such problems with relative ease. Plus, they can test hypothesis quickly and effectively with zero risk. This process enables them to have a common framework to evaluate different strategies, plan for different scenarios, see how departments concretely impact another and thus, have a more comprehensive view and understanding of the organization at large.

Why use simulation instead of other methodologies such as Machine Learning?

Data science applied in business has grown to be a huge field meant to produce insights from data to business values. These insights can later be used as input for making better grounded decisions which are likely to foster the achievement of a given goal, such as increasing sales, minimizing costs or reduce customer churn. As such, simulation also aims to create insights and produce high quality decisions in a given organization via hypothesis testing. The main difference between the two methods is mainly based on the concept of what is a model and the inputs. Simulation is mimicking a process by creating a model and look at its evolution through time. The outcomes vary based on defined variable values (features) and a set of parameters (and hyperparameters). Machine Learning will use the feature as input, but the model is not created before training. It is kind of a prospective simulation as they can tell us “what to expect” or what the most likely outcome of a concrete instance or situation can be. In practice, AI/ML are often used in a very focalized manner that is often primarily concerned with predicting, classifying, estimating a specific outcome based on a real, concrete situation. These outcomes are then validated and tested via data-driven validation techniques (e.g. cross-validation). While contextual information is often taken into account via feature engineering and model tuning, very little is typically done in terms of mapping processes, given that the aim is to find useful patterns grounded in the data produced by a given system, not mapping the system itself with all of its components, relationships and intricacies, like it is done in simulation.

In the GMB method, engaging managers in a sustained effort to produce a common map and then turn it into a simulation model is neither easy nor quick to do. Just like it is imperative to take into account Faraday’s and Ohm’s laws when designing and simulating an electrical system, it is necessary to know what parts of an organization are interacting with one another. It will allow to understand the specific mechanisms through which such interaction takes place in order to create a reliable organization’s simulator to understand the organization’s difficulties and challenges. However, this by no implies that simulation should become a default go-to technique whenever there is business problem around, much like it is not advisable to start building deep neural network as soon as a problem arises. Just like with any other method or technique, problem understanding and business goals should be the guiding principles to decide how a given problem should be tackled.

Länk till annan webbplats. Entropy is a way to measure the amount of thermal energy in a system that us not available to produce mechanical work 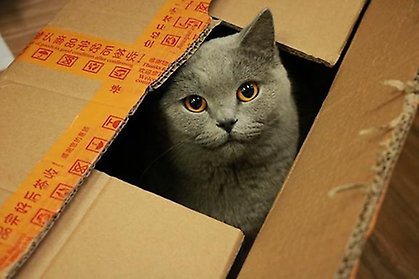